Loading
You have bonus money in your account, wagering will be required before any winnings can be withdrawn.
You are now playing with real money.

Book of Dead by Play’N GO has seen it’s popularity sky rocket since it’s release 2016. The ‘expanding special symbol’ (awarded in the free spins round), is the most unique and exciting feature of Book of Dead.

There are many ways to judge the success of an online slot. Mainly, this can be judged on the number of ‘clones’ released by rival game providers. Interestingly, numerous similarly themed slots have hit the market in the last four years, both from competitors and Play’n GO themselves!

Why is Book of Dead so popular?

Book of Dead was the first slot to offer special ‘expanding symbols’ in the free spins round. When a player lands three ‘Book’ scatters on the reels, they are awarded with 10 free spins with one special ‘expanding’ symbol. This symbol is awarded at random, and can be any one of the symbols used in the base game.

Each time a special symbol lands on the reels during free spins, it expands to fill that entire reel.

For example, if your special symbol is ‘10’, and one of these lands on every reel, all five reels will expand and you will have a full screen of 10’s.

How much can I win on Book of Dead? What slots are similar to Book of Dead?

Both Play’n GO and their competitors have released some fantastic slots based on the original ‘Book of Dead’ theme, the most popular ones are listed below:

In 2020, Play’n GO released Legacy of Dead. This slot proved to be an instant hit, quickly climbing to #4 in our list of the most popular slots at TradaCasino.com.

Players start the bonus round with one special symbol, however if they ‘re-trigger’ the bonus by landing three golden books on the reels, they are awarded with another special symbol. Re-triggering possibilities are endless, and it is possible (although quite rare) for players to unlock all 9 symbols.

There is a maximum possible win of 5000x your bet on Legacy of Dead.

Cat Wilde & the Doom of Dead

Released in June 2020, Cat Wilde is the daughter of Rich Wilde (made popular in the Book of Dead slot).

Similarly, this slot offers players 10 pay-lines across 5 reels, as well as expanding symbols in the free spins round. To trigger the free spins round, players must land three compass symbols on reels 1, 3 and 5. The maximum win on this slot is also 5000x your bet, making this a highly volatile title! Players can place bets of as little as £/$/€0.10 per spin, making this suitable for all gaming budgets.

Book of the Irish (Inspired Gaming)

Book of the Irish came onto the scene in May 2019, the first Irish themed slot on the market that used the same ‘expanding symbol’ feature as Book of Dead!

This slot features a leprechaun who is on the hunt for hidden treasure. Follow him through the beautiful hills of Ireland and see what riches he stumbles upon.

The free spins round is awarded when players land three or more emerald green books during normal gameplay.

In the free spins round, the expanding symbol is awarded and 10 free spins will begin.

Book of Immortals represents another Egyptian themed slot which uses the same ‘expanding symbol’ feature as Book of Dead.

Released in February 2019 by the popular game developer iSoftBet, this slot features high quality graphics and a fantastic themed sound to boot!

Book of Gold: Double Chance adds an extra layer of excitement to the standard ‘Book of Dead’ expanding symbol bonus round.

Upon entering the free spins round of Book of Gold, you are awarded not one, but two special expanding symbols! (Hence the name, ‘Double Chance).

Top quality art work and a simple, user friendly interface makes this slot a fantastic alternative to players who love this theme. 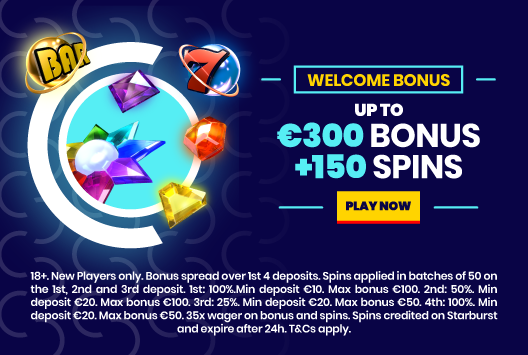 You are currently playing with an available Bonus Balance. This is in line with the Bonus Policy you accepted, please revert to our Bonus Policy for more information.
20220915.26